The team in Prestatyn are an industrious bunch and know the value of a publicity, pulling all the right strings to get their message out there! Their campaign was mentioned in a Parliament motion, stating their intentions to launch on their very own Independents Day!

“That this House offers its support to the Totally Locally Campaign in Prestatyn which will be launched on its very own Independents Day on 4 July 2013 and which aims to celebrate the diversity and quality of independent businesses on the UK’s high street; and calls on the Government to do more to help independent retailers and shopkeepers on high streets across the UK which are the lifeblood of the UK’s economy.“

Their campaign launch made it to the BBC where organiser Pete Harrison waxes lyrical about their campaign which encourages independent businesses to promote each other, and if every resident spent just a fiver each week with indies, it would mean £4million per year going in to the local economy.

Pete: “It’s given the opportunity for local businesses to offer Prestatyn high street as a brand. We’re not fighting the supermarkets, it’s about offering something a little bit different.“

It’s a great take to see the positives of a retail park near the town centre and take advantage of the extra footfall that this could bring, teasing visitors into the town by showing what all the independents can also offer.

Network Rail even gave permission for a banner at the train station too just so all bases were covered!

They have also been on ITV! Here are the Totally Locally Prestatyn gang explaining how the local economy works and how locals have benefited from the extra customers that a retail park in the centre of town has brought to the area, all starting with a cheeky banner at the entrance! 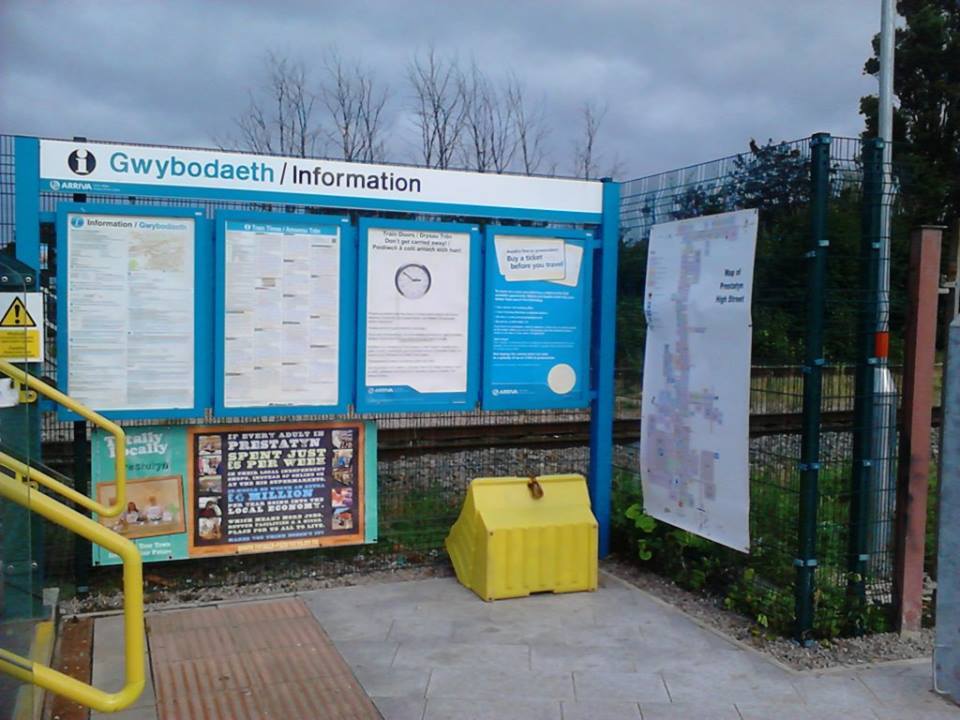