We finally wrote a guide about how to do a launch event because it was one of the stalling points in the process. People had got enthusiastic about having Totally Locally in their town, they had got others on board and interested, all revved up but couldn’t think of a launch event.

It basically boils down to how much time you have before you want to launch and how many people you initially have on board…but with anything Totally Locally if in doubt start simple and build on it.

A few tips. Avoid the months of July & August, as people are away on holiday, and the months of November, December & January, as people are too busy with Christmas, or too miserable after going back to work in the New Year. And it’s bloody cold. Ideally you should go for March to June & September October. As ever, this isn’t a hard and fast rule, as we have launched campaigns in February. But we did get wet. Very.

We’ve had everything from a low key Local Market to a huge Movies in the Park with thousands of people. It’s up to you and what suits your town best. Just be creative and get excited.

Most of all though, when you’ve got your idea, ask yourself “Would I go to that, even if I’m busy, or even if it’s raining”.

Put yourself in other peoples shoes. They may not be as passionate as you about supporting their town, but they may be curious. If you do something really interesting they will be more than curious, and they will probably come, get a bit giddy and start to really think about where they live.

If you do ‘same old, same old’ they will probably just remain curious. And then go to Tesco. 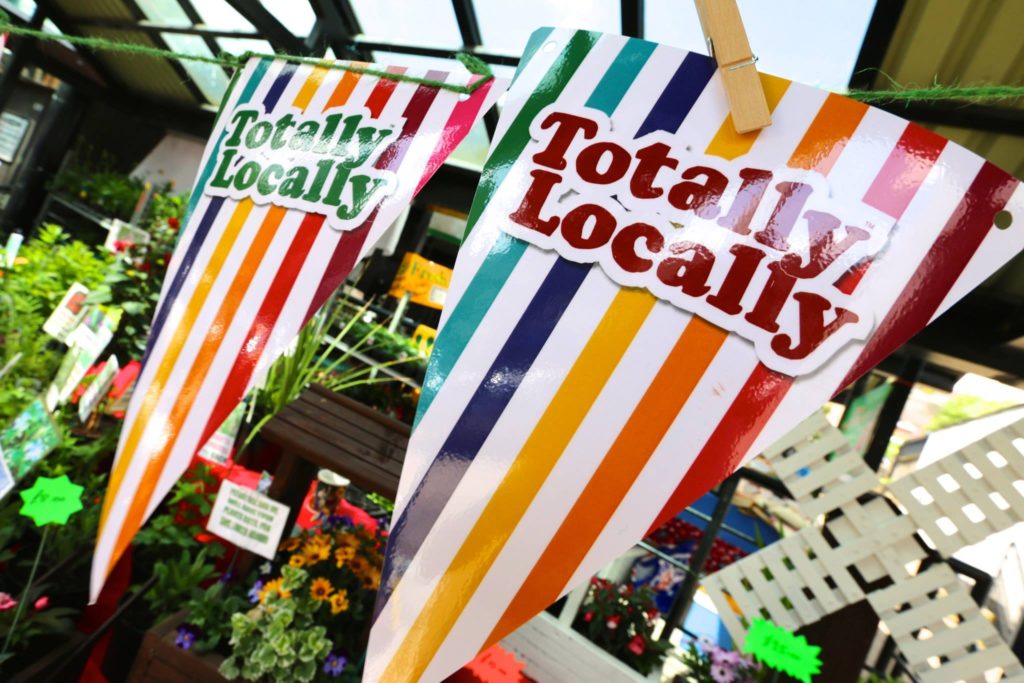 How to ‘do’ a launch event.

When you launch Totally Locally in your town, it’s best to think about an event to help people & businesses focus on the whole idea and also to give press, radio & TV something to hang an article on. It makes sense too, in the fact that if you are handing out flyers about the whole concept of Totally Locally, an event is the perfect thing to demonstrate the whole big idea.
So…. what to do.

Totally Locally is about getting people to use their local shops, getting shops to look at their suppliers, getting people to re assess what’s on their doorstep and helping businesses to start looking at working together. This applies to all sorts of shops and businesses, be they hardware stores, bakers, accountants, etc., and you name it really.

BUT, the one thing that people will automatically associate with shopping locally and supporting local businesses is food. Why? Well we all eat (!), local is perceived to be best and with more and more programmes like River Cottage on TV, there’s a real hunger (excuse the pun) for local food. So it makes sense that any launch event should focus on food – not entirely, but it’s a way of enticing people to come and have a look at what’s going on. And when they are there you can hit them with everything – crafts, clothing, and music, whatever.

A Totally Locally Market is always a great event to hang a launch on and this has been successful in every town we’ve done one in. It’s no coincidence that some of the supermarkets are even using traditional markets in their adverts to try and make people think their produce has a quality and ‘home grown’ feel, (See Morrisons 2011 Christmas ad for example) so it makes sense that when it’s the real ‘Totally Locally’ deal, this is the way to go.

With all of these things, music is a great accompaniment. If you look at our West Bridgford video on our YouTube Channel, you’ll see it was completely music-tastic, with everything from jazz to barbershop to classical to blues. It was brilliant. If you involve the little ‘uns from the local school, you KNOW that mum & dad, and grandma & grandad and great Auntie Elsie are all going to come too. The more the merrier!

We just missed a pie competition in Ampthill by a couple of months. How good would that be to run the launch alongside!! The scope is limitless, but you have to make it easy for people to want to engage with the event and to get excited about.
Offers and Treasure Trail

This is one of the most popular launch events as it revolves totally around the £5 message and getting people to ‘explore’ their town again. The shops put on a special launch day offer and there is also a small treasure trail around the shops for Children to do.This can be themed if you are launching at certain times in the year, but works equally well with “What is the name of the owner of the Butcher’s?” A bit of a hamper as a prize from drawing out of all entries and everyone goes away happy.

Take a look at the Town Maps and Offers in the downloaded files and this will give you a good idea of what has been done in the past. 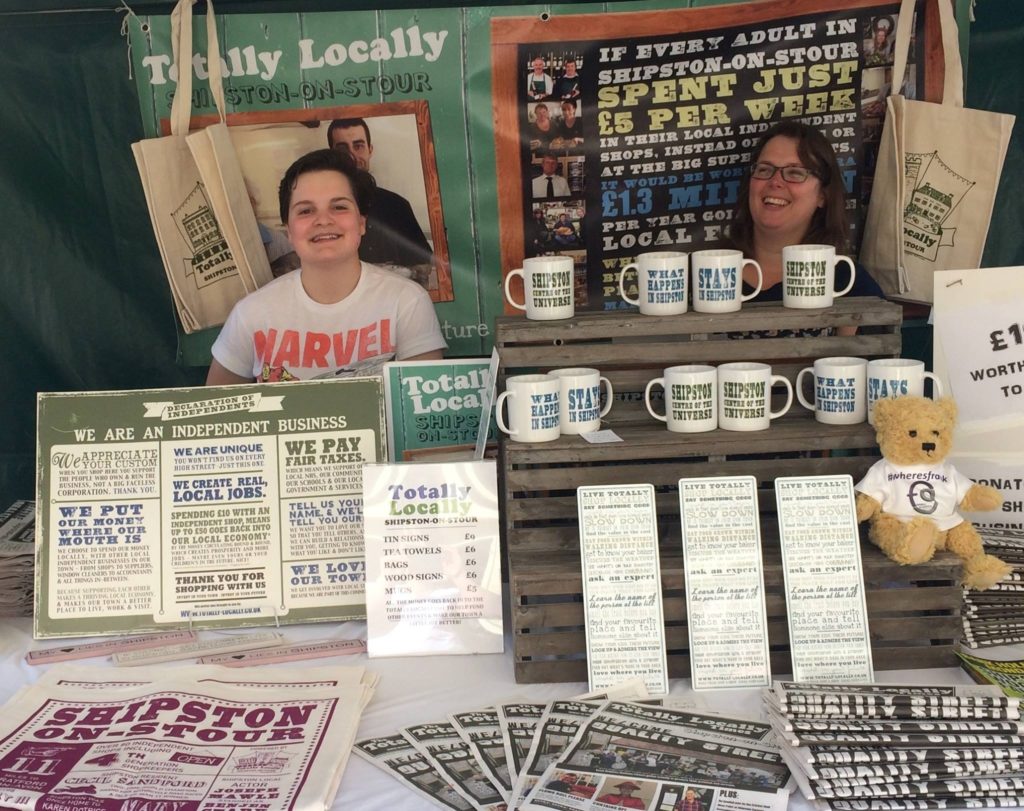 Other Bits and Bobs

There are loads of marketing materials in the Town Kit that you can use and also the press release template in the kit for when you talk to press.

Also don’t forget the new forums that we are opening up alongside the kit so you can post up a question or comment and a fellow Totally Locally lover or one of the team behind Totally Locally will lend you their ears.