The £5 Message is what the whole of Totally Locally is built around.

A simple message that makes it easy for people to shop local. No pressure, no guilt. Easy.

The idea came when I first created the campaign for the place I live in, after speaking to lots of people while I was doing some research.

When I asked people what stopped them from shopping locally, many said:

“It’s too hard. I need to use supermarkets, so if I have to shop local, I would struggle”.

So I said, “What if spending just £5 a week in the local shops meant you were doing your bit?”. Their Response? “Oh that would be easy, I can do that and not feel guilty when I go to the supermarket”. 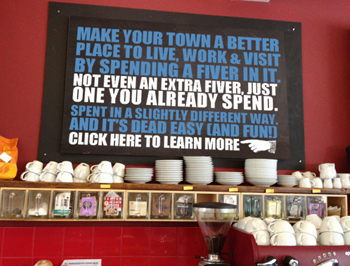 So this became the message. 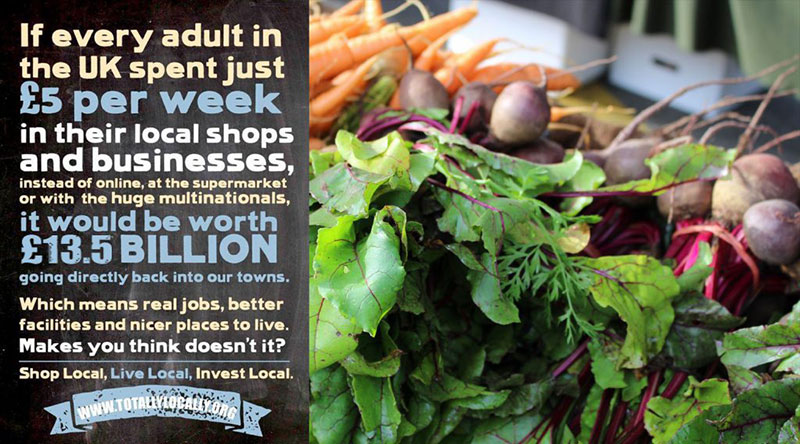 If you spend £5 a week in your local independent shops or businesses, and if everyone else in your town did the same, it ends up making a huge difference to your local economy.

Apply this to individual towns by using a simple piece of maths and you have a campaign able to be targeted to individual communities, showing how a little change in people’s spending habits can have a huge impact on their local High Street. 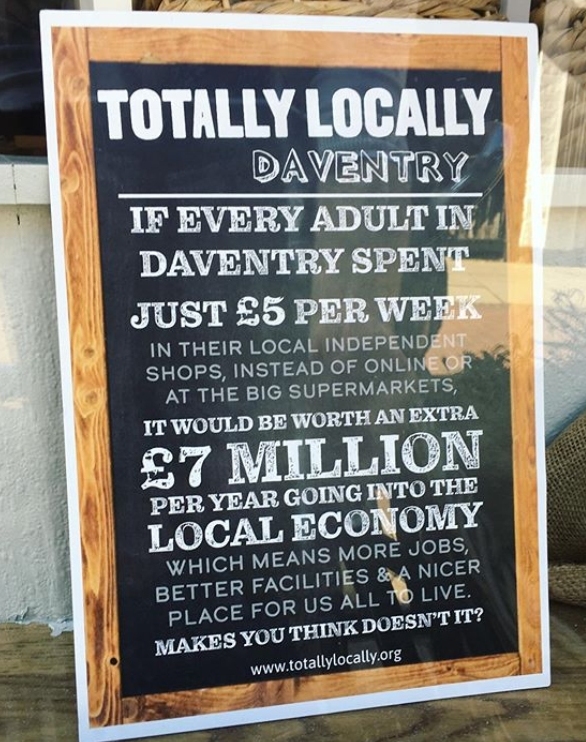 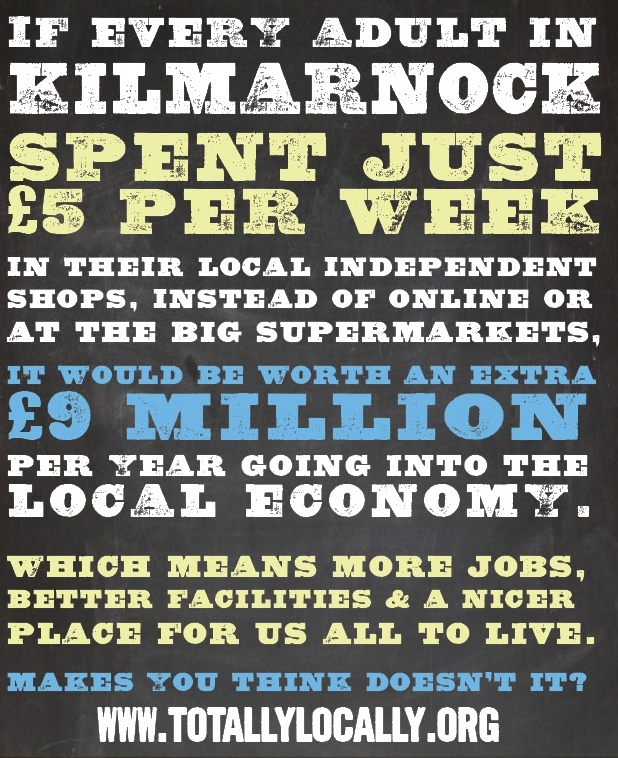 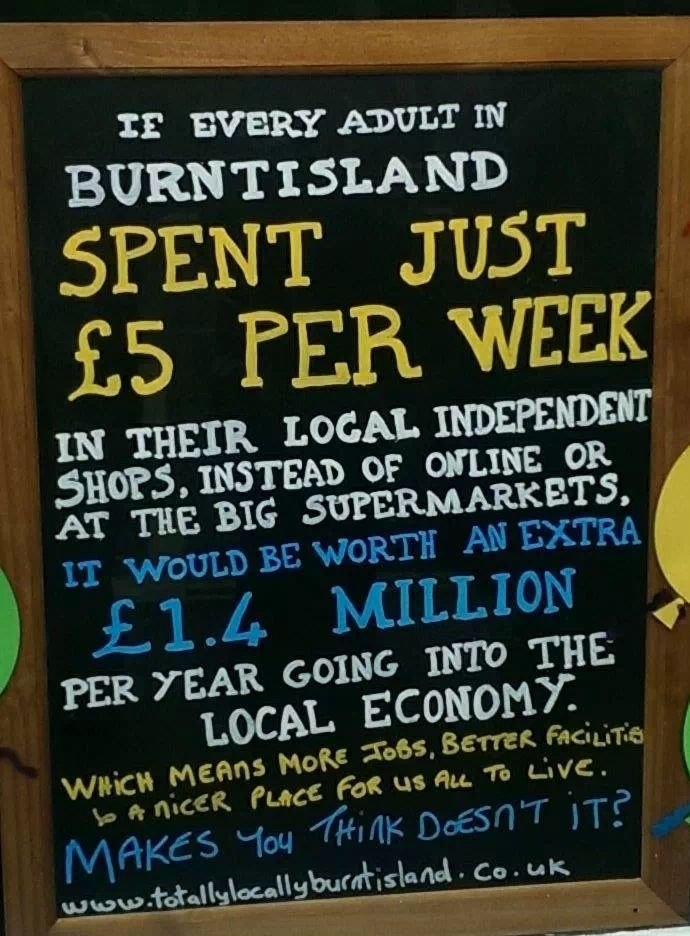 And guess what. When people did make an effort to spend that fiver, they found that they liked the experience, found that things weren’t as expensive as they thought, and often much better quality. So they ended up spending more. In the area I live, this simple message had an immediate effect. And it has done everywhere where the message has been used properly.

So for example, in Hebden Bridge, one of the first Totally Locally towns, we have around a 10,000 adult population. If each of those people diverted just £5 of their spend from the supermarket or online to local shops, it would bring in an extra £2.6 million into the local economy over 12 months. Which is probably enough to make a difference to whether a town thrives or not.

HOW TO CALCULATE THE £5 EFFECT ON YOUR TOWN

NUMBER OF ADULTS IN YOUR TOWN

(this is approx 75% of total population)

HOW MUCH IT’S WORTH TO YOUR TOWN PER YEAR.

If everyone did this, your town would start to change.

If you then add the multiplier effect (see the magic Tenner Page) that £5 starts to go a long way in local economics terms. 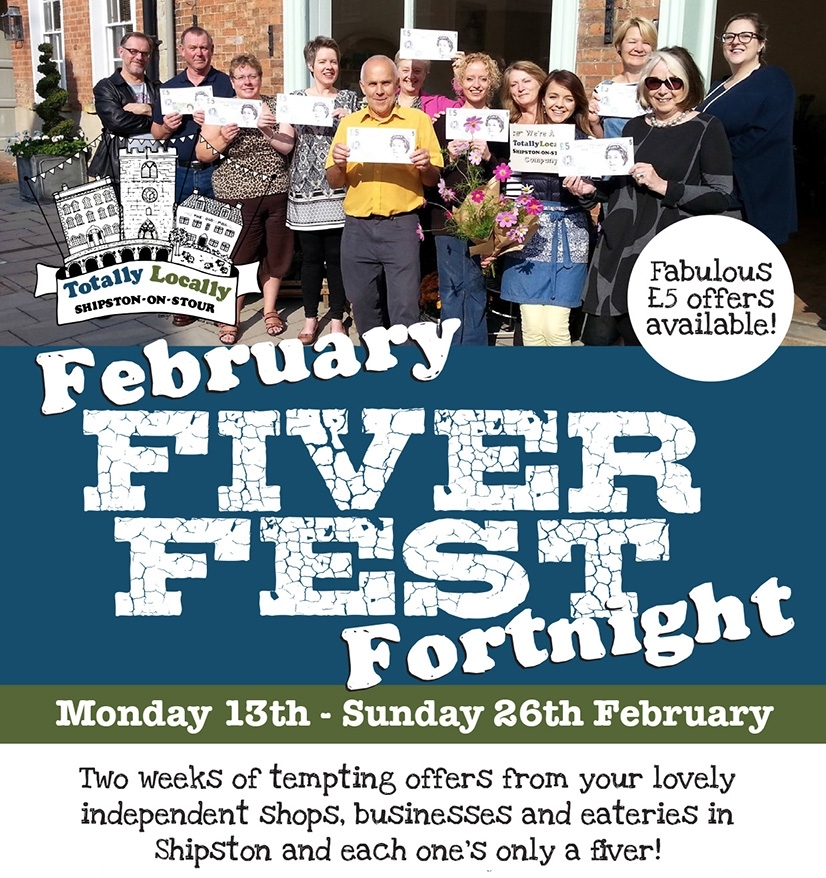 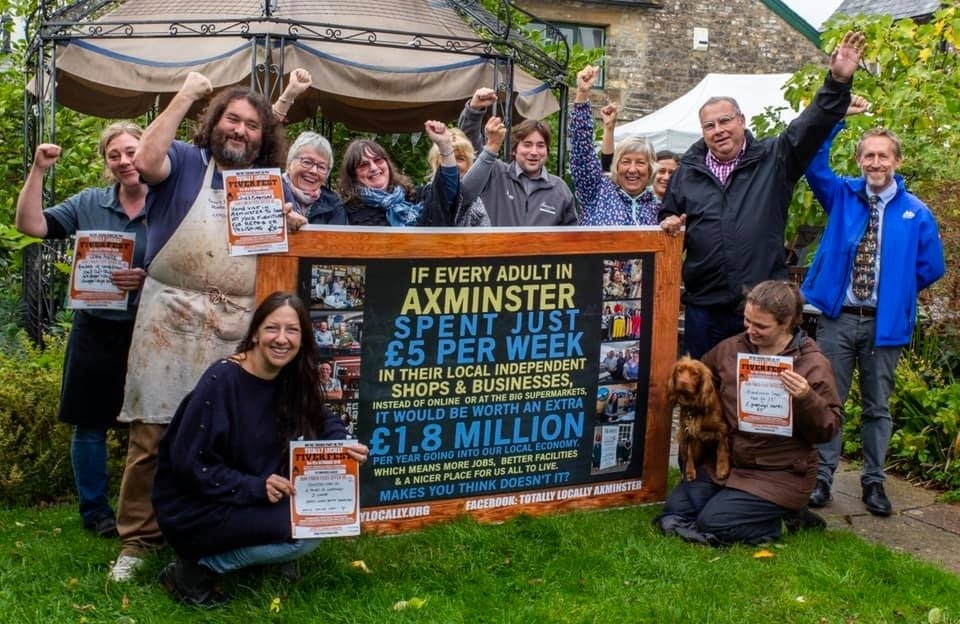 The whole £5 message is conveyed in the Totally Locally Town Kit via posters, flyers, banners, online templates, bag stuffers and much more.

All you need to do is use Indesign or Affinity Designer to add your town name & details, then work out the £5 effect on where you live using the simple equation above. Then alter it to suit, print / upload…… and your off!

When people get the message around where you live, then you get to launch the Totally locally FIVER FEST! This makes it easier again for them to spend their £5 as your whole town puts on special offers for a Fiver.

This has been done loads & loads of times, and without fail has been a huge success.

So next time you see some of those images online about spending £5, you know where it started. Please don’t just re-type our message without at least saying where it came from though, a citation would be ace!

A nice thing to have happened. 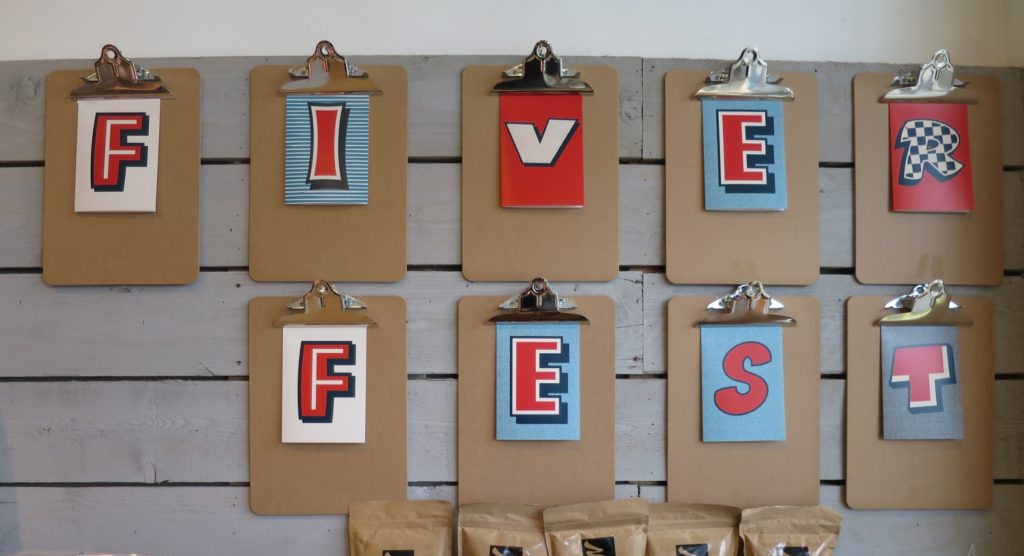 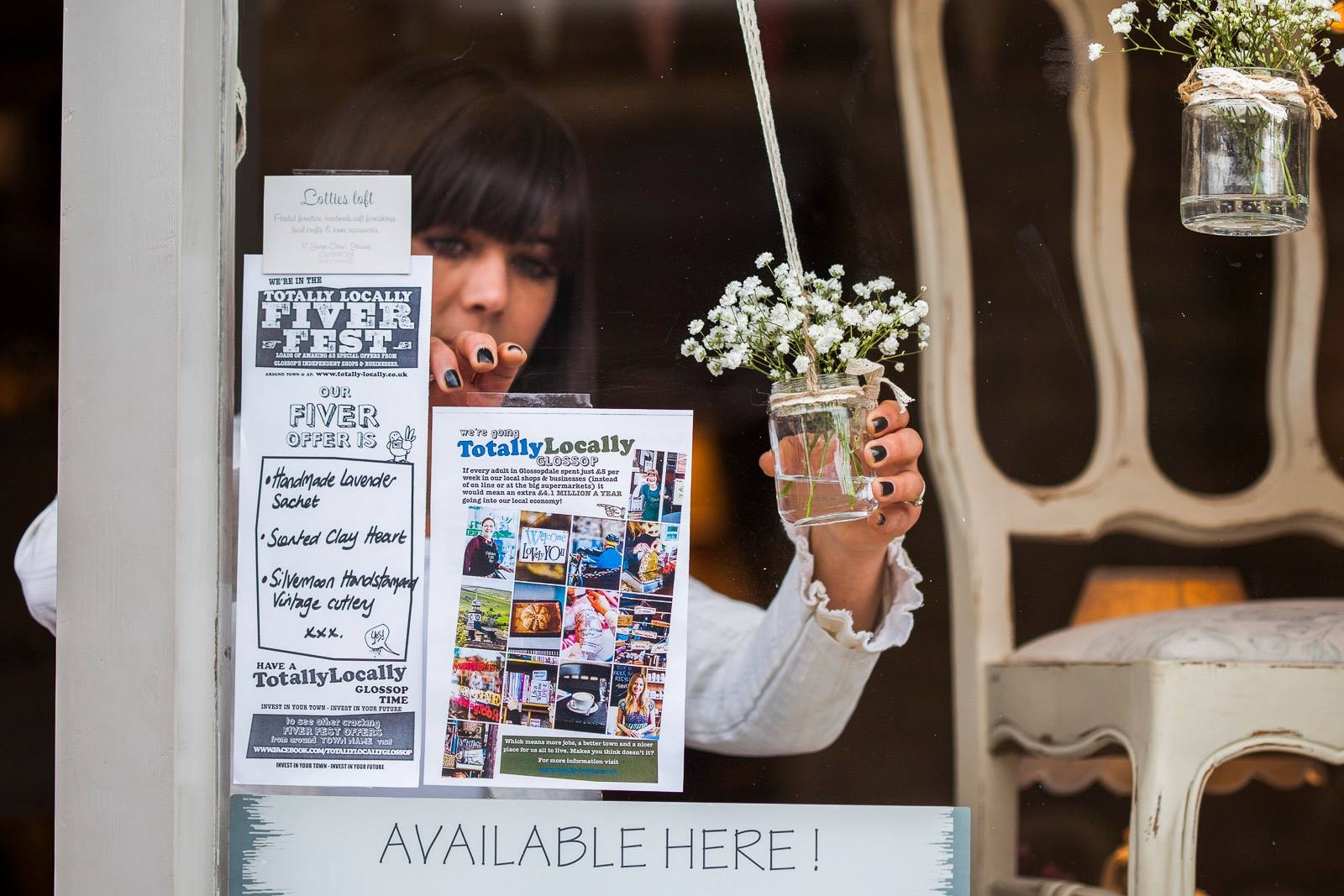 To see how to make the £5 Message even stronger, take a look at the