We are thrilled that Totally Locally has been named as one of the UK’s Top 100 Changemakers for 2021. Such an honour to be named alongside such amazing people.

“With Covid-19, we’re living through a crisis unlike any most have seen in our lifetimes. While politicians remind us we’re all in this together, vulnerable people have been hit hardest by the pandemic. Others were left to fall through the gaps in support.

The pandemic forced people across the nation apart in a bid to keep each other safe. Fortunately determined individuals did their bit to hold communities together.

The second instalment of the top 100 Big Issue Changemakers recognises those who used their skills and resources to do some good in the depths of lockdown.

Whether it was getting creative to raise cash for good causes at home or lobbying the Government to boost support for those whose livelihoods had been devastated, each played a part in ensuring no one was left behind. They will guide the UK through the difficult months ahead.”

Although it says Chris, it is awarded to Simon too. A lot of the recognition is for the huge success of Fiver fest, particularly in October, which had such a huge effect on many small businesses. We are grateful to Visa’s for their support on this too.

You can read it here, but better still buy one wherever you can.

The Big Issue does such wonderful work, and their journalism is second to none.

Thank you guys, you set our new year off to a great start! 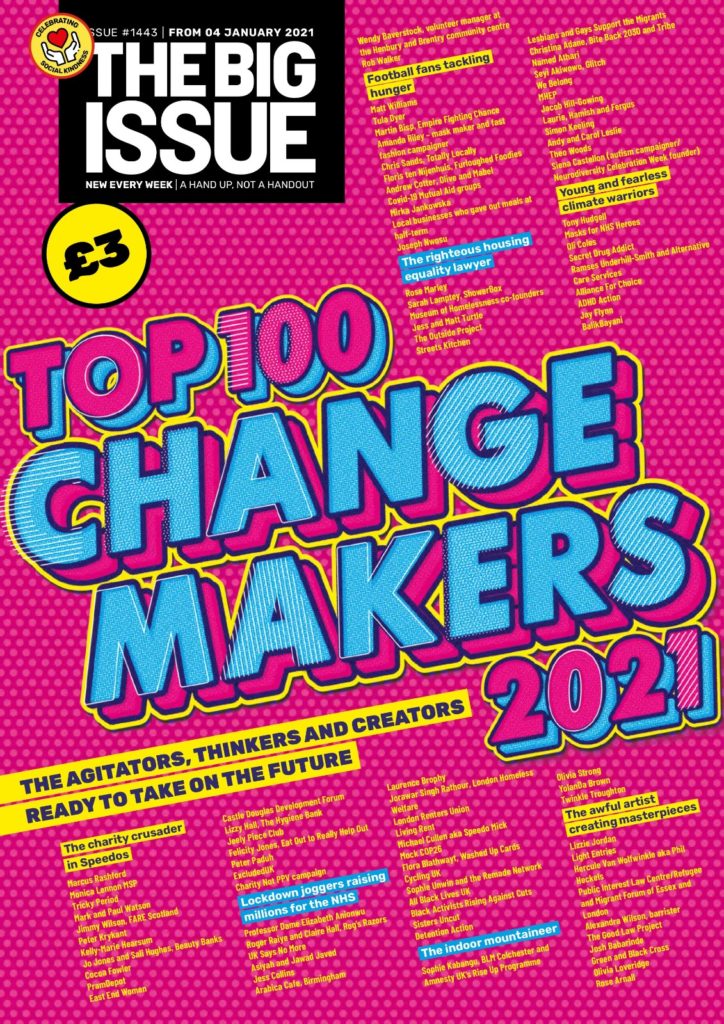 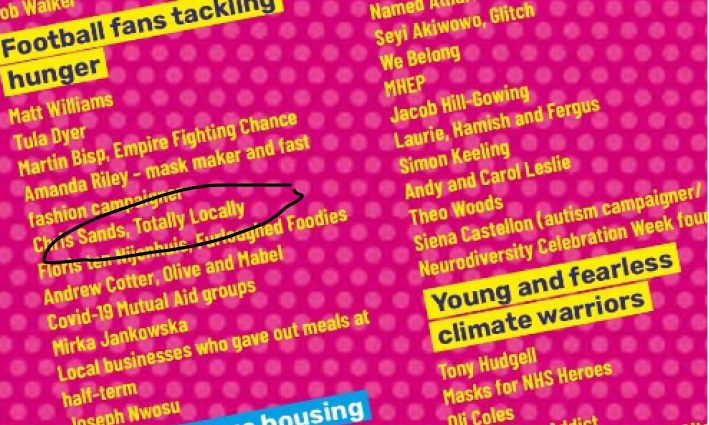