Here’s a brief overview of what Totally Locally is and isn’t!

.. then check this little video done by those fab Newark people.

Totally Locally is a free campaign for you and your town to use (as long as you fit our free criteria). It’s a well thought out strategic marketing campaign, that has a timeline and covers everything from holding  your first meeting to launching Totally Locally in your town, to holding events and much more.. Then there’s loads of other tools to help you promote your independent businesses for a good 2 years. But its most unique characteristic is it relies on ‘non-stucture’, good will, being nice and having a bit of fun.

Support each other as businesses, and the kit will help you target people in your area to help them understand how supporting the local businesses makes their town better. It’s that simple.

Here’s a video that explains the whole concept of keeping money in the local economy. You can use it in your group to get the whole message across.

Totally Locally is all about collaboration and each town will need to have a small group of’do-ers’ as we like to call them, who implement the Town Kit and then come up with ideas of their own. Once you have a name for something and a platform to launch things off, there is no limit to what you can do for your community. No-one is in charge and you’re not allowed to take minutes, it’s not that sort of group!

Once you get into the habit of meeting in pubs, having no structure, minutes or chairman (ie just doing stuff!) new and exciting ideas come easy. And then we ask you to share your ideas with other towns. As we said – it’s about being nice. 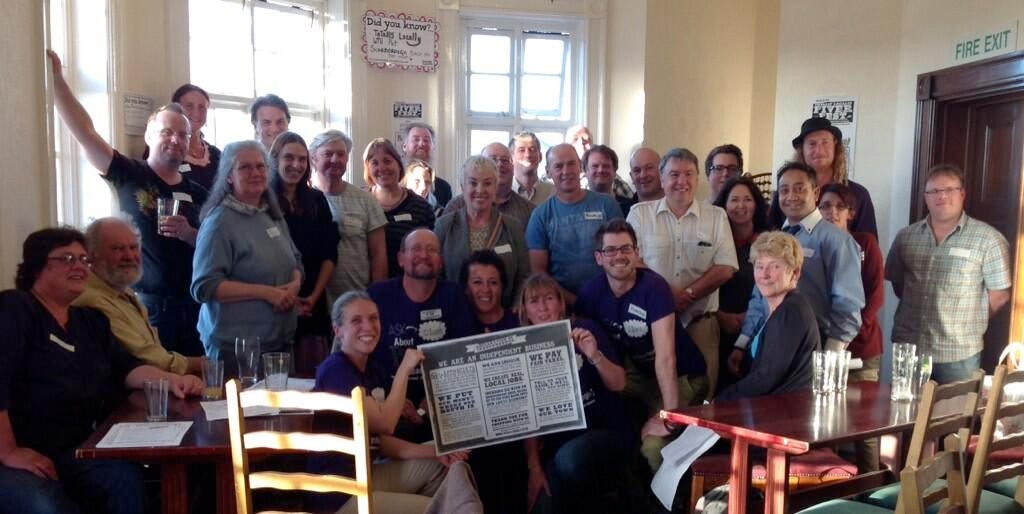 We don’t like having rules, but one thing we must insist on is that you HAVE to have fun running Totally Locally in your down. THAT’S AN ORDER. 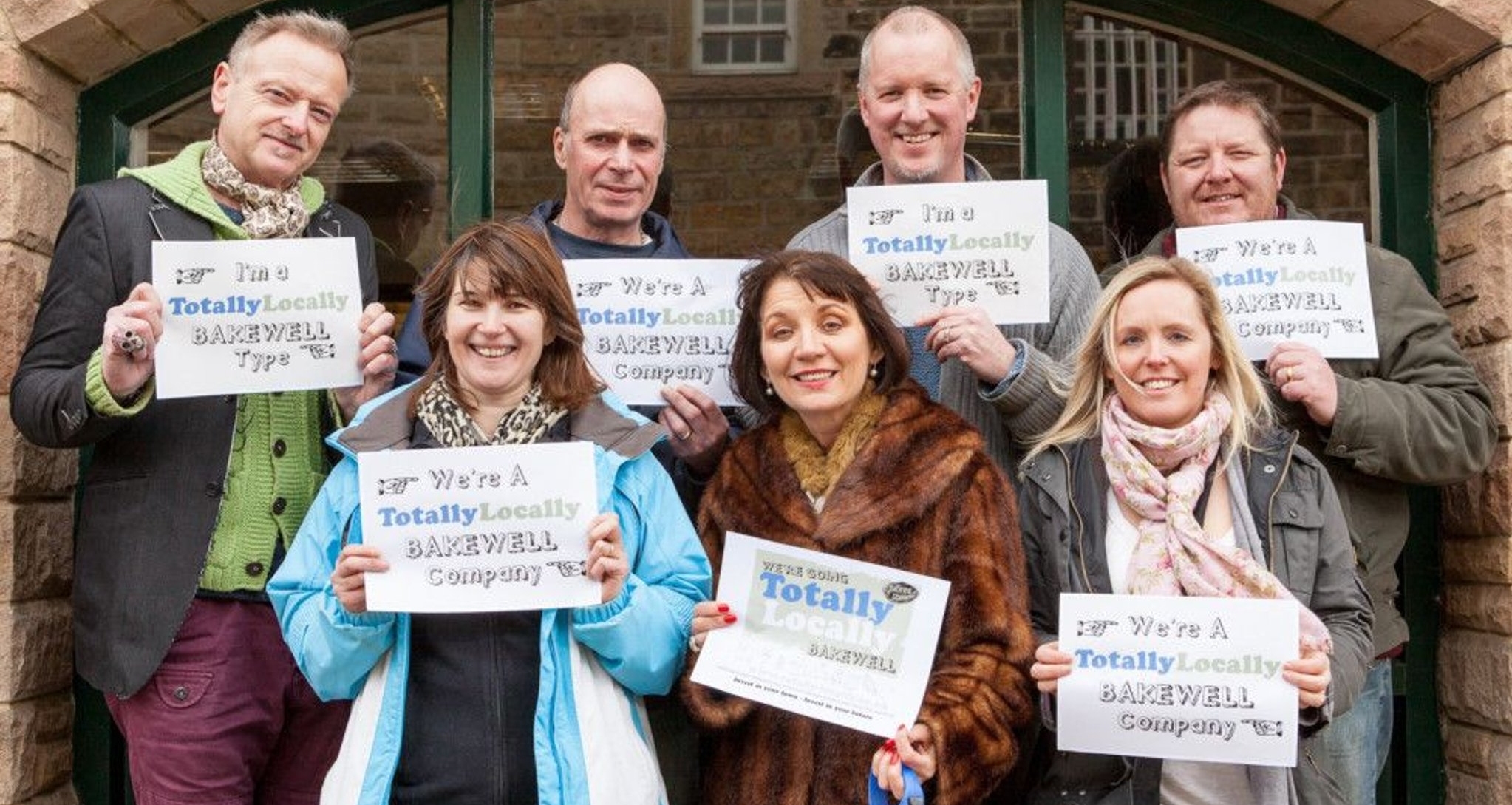 Totally Locally is now run by Chris Sands and Simon Waldren along with a team of people from various towns, all with experience in making Totally Locally really work.

Chris started Totally Locally back in 2010 in Calderdale, West Yorkshire, where he lives. It was so successful that other towns asked if he could do it for them.  Chris was joined by Nigel Goddard and together they built the structure to enable towns to have the campaign as a ‘self-help’. And that’s when it all went a bit crazy! Marc Briand from Totally Locally Leek helped with web stuff and general running of the campaign too. 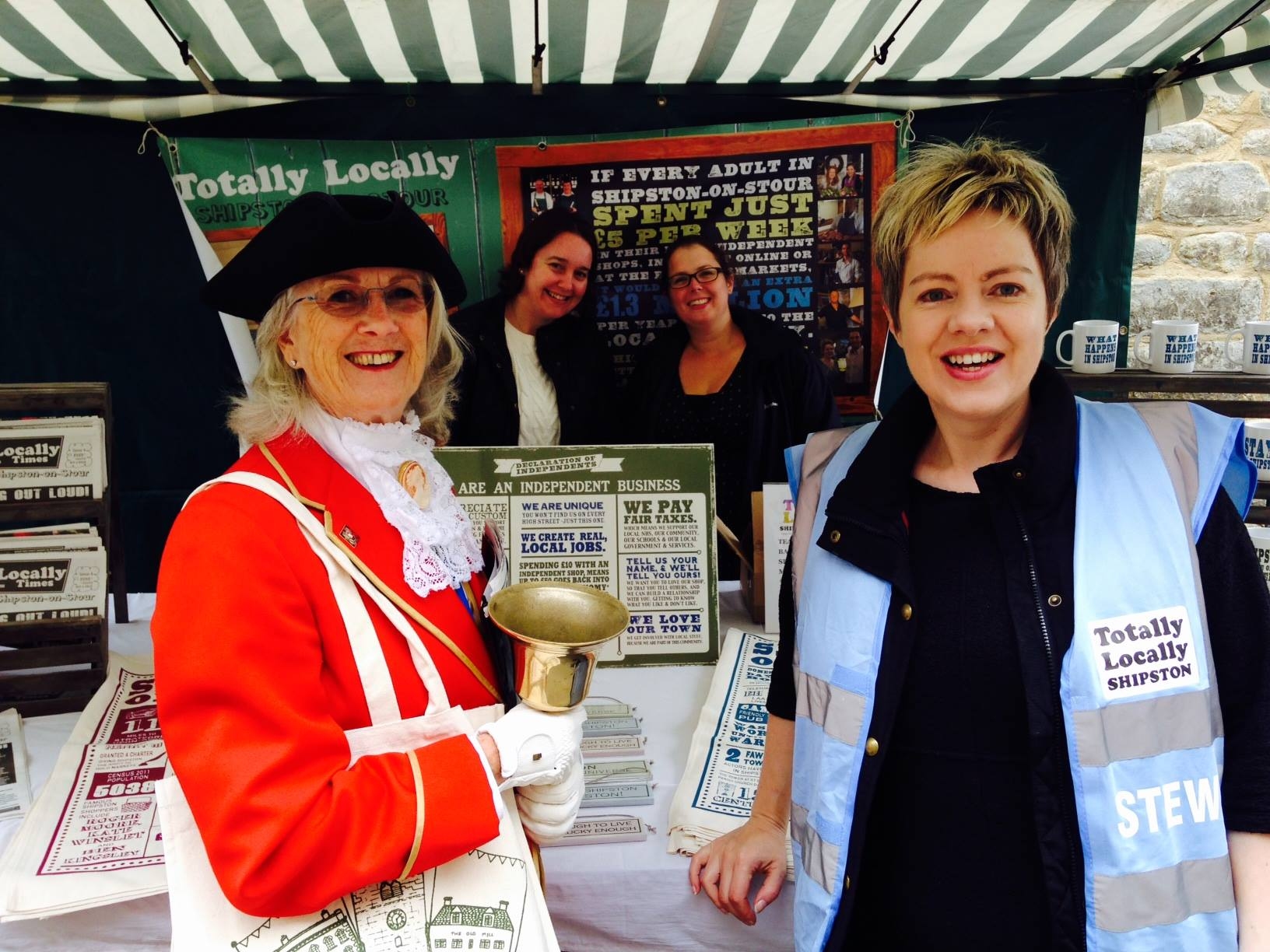